"The pen is mightier than the sword" is a saying that many people learn as children. Of course, it means that ideas that are expressed in writing can be much more consequential than violence. Words can influence and inspire countless people, and they can live on indefinitely.

The "pen mightier" line is one of the most forceful sentences about writing in the English language. It's been widely repeated since the 1840s.

It's ironic, then, that the writer who came up with it isn't all that famous. Relatively few people would recognize the man's name today: Edward Bulwer-Lytton.

The Life and Legacy of Bulwer-Lytton

Edward Bulwer-Lytton was born in London in May 1803 and died in January 1873. He served in Parliament and wrote poems, plays and many novels. He especially liked creating stories based on historic episodes. His body of work includes crime tales and a saga about the life of King Arthur.

The "mightier sword" line comes from an 1839 Bulwer-Lytton play about Cardinal Richelieu, the French foreign minister who lived during the 1500s and 1600s. The Richelieu character speaks these words when he learns of an assassination plot against him. Of course, people throughout history had expressed similar thoughts, but Bulwer-Lytton's clever phrasing gave the idea a unique power.

By the way, Bulwer-Lytton came up with other classic phrases. For instance, "the almighty dollar" came from his mighty pen. In addition, his 1830 novel "Paul Clifford" opens with these immortal ― and frequently teased ― seven words: "It was a dark and stormy night."

Generally speaking, the works of Bulwer-Lytton are entertaining, and they were popular when he was alive. What's more, they provide historians with a fascinating window into the author's time.

These days, the San Jose State University English Department runs an annual competition that asks participants to submit the worst first sentence of an imaginary novel that they can think of. It's called the Bulwer-Lytton Fiction Contest, and it debuted in 1982. Only three people entered it that year, but it's become much more popular since then.

A Conviction That Endures

Since the mid-1800s, many people have put great faith in the concept of the pen being mightier than the sword, and you sometimes hear this expression in popular culture. In the movie "Batman" (1989), the Joker, played by Jack Nicholson, recites this sentence after using a pen as a murder weapon.

Many people feel powerful when they use pens. Editorial cartoonists, for instance, can lampoon politicians and other world leaders with their drawings. They then share their criticisms with readers all over the nation or world, and perhaps help to defeat unworthy individuals in the process.

Writing can strengthen people in other ways. When you write a letter by hand to a political figure or a corporate leader, you're demonstrating interest and passion, and you may get a personal response as a result.

Similarly, notes that you write on paper and send to others will probably move them, especially if you search a dictionary for precisely the right words. After all, such messages are unusual now. In a world of constant electronic communication, ink on the page has a way of standing out in people's minds and affecting their emotions.

Pieces of writing can have profound effects even if the author never shares them with anyone, let alone copyrights them. That is, if you keep a diary or a journal, you can describe the events of your life on a regular basis and have an ongoing conversation with yourself. That way, when you have a happy occasion, you get to experience it all over again as you put it down on the page.

Even more important, when you suffer heartache or feel angry about something, picking up your "sword pen" and reviewing the source of your trouble in writing can allow you to achieve a sense of peace. That's because, by turning bad events into narratives, you'll feel as though you control them to some extent. At the very least, you can put them into perspective.

Then, after you've written about a sad or unpleasant occurrence, it will be just one more event that you've been through rather than a horrible thing that looms over you like a shadow. Thus, your writing can be a supremely calming and reassuring activity.

So many examples demonstrate the truth of the saying "the pen is mightier than the sword." When you think about the pen with which Abraham Lincoln signed the Emancipation Proclamation, which you may have seen in a museum, you realize that what it produced was more significant than any Civil War rifle, warship or battle.

Likewise, when we pick up a "pen sword" to complete love letters, notes to magazine editors or warm messages to friends and family members back home, we can almost feel a strength flowing through us: the ability to touch hearts and influence minds, a power that no swords have ever possessed. And, when those pens are customized with our names or the names of our businesses on them, we might feel a little more powerful still. 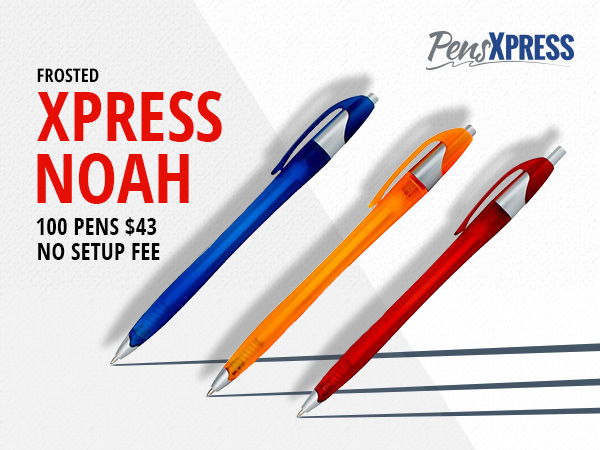 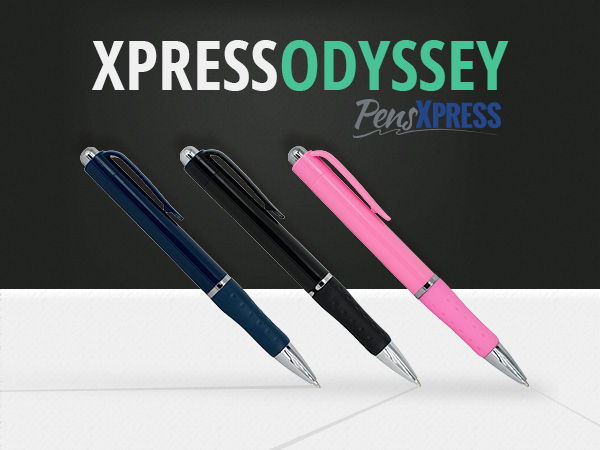 NOT FINDING WHAT YOU NEED? WE CAN HELP. CONTACT US.